These were an experiment. I mean, I’ve made something similar before, but that was years ago and they were good but not anything I’d felt the need to repeat. But this week I had a bunch of Nutella lying around that was about to go off, and I figured it was time to try again.

And these are great. So great, in fact, that a big group of drunken idiots stole one of the boxes I’d brought in for my coworkers. I feel like this goes without saying, but if there is a box of cookies behind the bar, and you did not bring them in with you, they are not yours to eat. You’re having a nice night out. You can buy some dessert. Your bartenders are having a very busy night and you’ve robbed them of their sugar fix. A sugar fix that I spent my whole morning putting together for them. (Also, those people definitely did not get any more drinks that night, so there’s that.)

END_OF_DOCUMENT_TOKEN_TO_BE_REPLACED

You may have noticed that you didn’t get a sweet recipe last week. I wouldn’t say I had a baking failure, exactly, but they weren’t blog-worthy. Thus the macaroni and cheese and challah. So this week, I went with a classic – something I knew would be delicious and impressive, but also something I’ve made a few times with success. You know, to get my confidence back. And I happened to have some cream cheese kicking around, so here we are.

These are a combination of a couple different recipes. A nice easy one-bowl brownie recipe topped with a really basic cheesecake mixture, swirled together and baked for just over half an hour. Easy. So what are you waiting for?

END_OF_DOCUMENT_TOKEN_TO_BE_REPLACED

Maybe I’m looking in the wrong places, but there doesn’t seem to be much of a Jewish population here in New Zealand. Everyone seems to be vaguely Christian or sometimes very Christian and that’s about it. I’m not Jewish, either, but I love a lot of Jewish foods and I was really excited to introduce some of the good stuff to my kiwi friends. 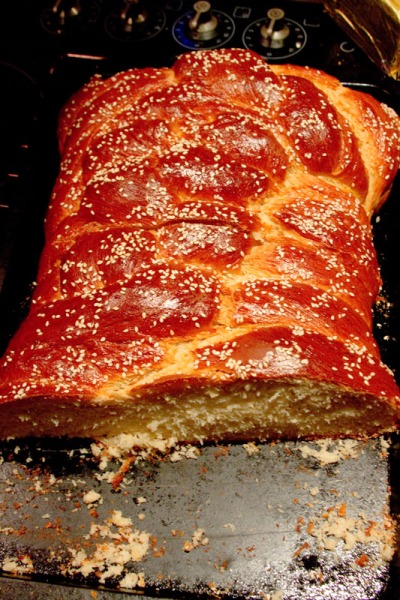 I learned how to make challah one very rainy day around this time of year back in college. A Jewish friend of mine was complaining that no one ever wanted to learn how to bake it, and voracious baker that I am, I volunteered. We realized halfway through that we were baking it on the sabbath during Passover, which was pretty un-Jewish of us, but man did it taste good. This is my third time making it, and I have to say, I think this was the most successful. 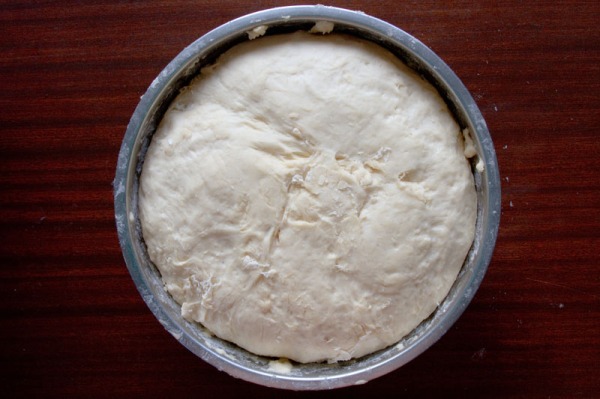 Challah’s a good rainy day activity. It’s a long process, so you want a day when you’ll be pottering around the house. I baked this loaf with a friend of mine, which kept things from getting boring. It was also very helpful having her on hand for when I got frustrated and threw a temper tantrum while we were trying to braid the dough…but we’ll come back to that.

END_OF_DOCUMENT_TOKEN_TO_BE_REPLACED

This may sound unlikely based on what you see here, but I’m usually a pretty healthy eater. Lots of vegetables, lentils, sometimes fish…boring, really. But every now and then you just need some macaroni and cheese.

Since I don’t eat stuff like this very often, when I do I want it to be as rich and delicious as humanly possible. I was lucky with this batch: we had a bunch of really nice cheeses left over after a party, so the cheddar and gruyere Martha Stewart says to use were augmented by lots of Kapiti blue and small bits of Port Salut, Over the Moon OMG brie (the best brie in the world, sorry France), and a couple other random cheeses as well. If you have cheese you need to get rid of, or if you don’t mind spending a little more on some fancy cheese to add in, I highly recommend it.

Or, of course, you can just stick with a nice sharp cheddar. It will still be awesome.

END_OF_DOCUMENT_TOKEN_TO_BE_REPLACED

I’ve already given you my signature brownie recipe, which will always be my favorite. But a few months back I found the Tartine cookbook in the office at work and I had to try their version out. Tartine Bakery, for those of you not from the Bay Area, is this great little place near San Francisco’s Dolores Park – one of those trendy bakeries that always has a line out the door. I’ve never actually had the brownies there, mostly because I always fill up on their amazing grilled cheese sandwiches instead, but when I saw the recipe I had to try them out. 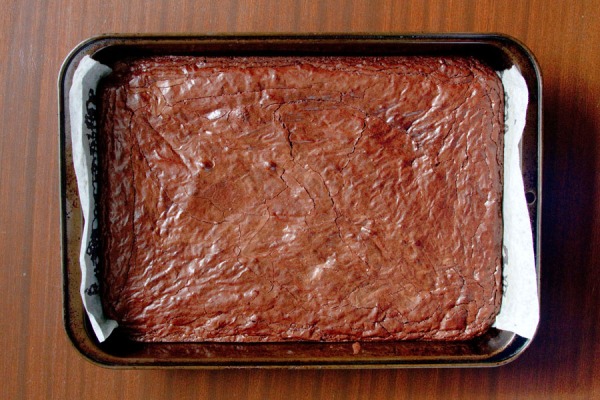 And they don’t disappoint. Sweet, rich, fudgy – a definite contender for my favorite recipe. The only downside is that they take longer – I’m a big fan of the one-bowl brownie, and these are a little more involved. The same number of ingredients, but two bowls and a hand-mixer instead of one bowl and a wooden spoon. But if you don’t mind taking a few extra minutes, you need these in your life.

END_OF_DOCUMENT_TOKEN_TO_BE_REPLACED

A long, long time ago, I tried out an absolutely fantastic recipe from The Smitten Kitchen Cookbook for popcorn cookies. I loved them (and everyone who ate one did too), but even a the time I couldn’t help but wonder what else I could do with this idea. Namely, how could I work caramel corn into the equation? 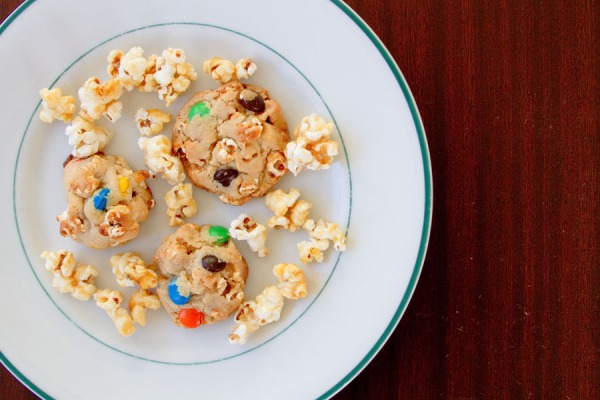 Well. We all know peanuts and caramel corn are a good combination (Cracker Jacks, anyone?), and if you have never sprinkled M&Ms through your popcorn at the movies you are definitely missing out, so here we are. Peanut butter cookies, caramel corn, and M&Ms. Perfect for sneaking into the theatre with you next time you go…if you can hold off on eating them long enough to get there.